The responsiveness of political actors to citizens’ preferences is a central concern for the understanding of parliamentary democracies. Is public opinion a key determinant of public policy? Are other actors such as political parties, lobbies etc. more powerful? Even though this question concerns a central pillar of modern democracies, contrasting answers coexist in the public debate as well as in the scientific literature.

Studying the political agenda of surveyed public opinion I will provide a missing piece in the puzzle of research on the interaction between citizens’ preferences and policy making. Therefore I will examine the mechanisms that determine why a policy issue is taken up by surveys at a given moment in time, how it is taken up (the type of inquiry used, its framing, the question wording) and who puts it on the agenda.

Special attention will be paid to the way policymakers contribute to the choice of survey items and how they access survey based information.

For this sake, I will draw on six innovative strategies:

The combination of insights of the responsiveness literature, the literature on agenda-setting and the critical literature on surveyed public opinion

The combination of insights of the responsiveness literature, the literature on agenda-setting and the critical literature on surveyed public opinion will enable me to develop informed hypotheses about the mechanisms that determine why a policy issue is taken up at a given moment in time

The integration of surveys commissioned by governments

The integration of surveys commissioned by governments in combination with conventional survey data represents an innovative research strategy and offers several advantages: they provide direct information on what the government knows and wants to know about citizens’ preferences and we know with certainty that the questions make sense in the eyes of the government and that they have the intention of making use of it. Comparing the agenda of government surveys with the agenda of classical pools can serve at the same time as a validation test for responsiveness studies based on data of survey institutes.

Process-tracing will allow identifying the origins of policy proposals in both types of surveys through the qualitative analysis of newspaper articles, government speeches, party manifestos and protest data.For these analyses I rely on two complementary logics of demonstration. While the identification of factors that determine why an issue enters the agenda of surveyed public opinion at a given moment requires analysing all thematic survey questions systematically, tracing back the policy proposals in survey questions necessitates a comprehensive study more than a broad one. I Therefore rely on several case studies.

Examining the role of political actors in this process

Examining the role of political actors in this process will a) shed light on the conditions of the issue selection. Who decides which issues are covered by survey questions and following which criteria? And b) deliver first insights into the intended use of surveyed public opinion by governments. Interviews with members of the governments of N. Sarkozy and A. Merkel, as well as their advisors, staff members of the Federal Press Offices (Bundespresseamt in Germany, Service d’Information du Gouvernement in France) as well as employees of survey institutes etc. will deliver insights regarding a) the way ordered surveys are planned, b) in the way the information gained by these and other surveys is processed and c) the way this information is communicated to political actors (ministers etc.) and the public.

The attribution of thematic codes to the survey questions using the Agendas Projectcoding scheme will enable comparison over time and with other political agendas, and will create at the same time a completely new indicator mirroring key societal questions.

Creation of an interdisciplinary network and a cross-project data corpus

The creation of an interdisciplinary network and a cross-project data corpus will have the potential of enriching future research on various questions.


These six strategies have guided the definition of a comparative, mixed-methods design.

France and Germany offer an intriguing case of comparison as they present common features (their exposure to Europeanization, the economic crises etc.) and differences regarding their parliamentary systems (semi-presidential/parliamentary), their election systems, their centralist versus federal organization and other features such as the possibility of national referenda in France. 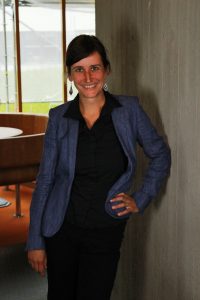